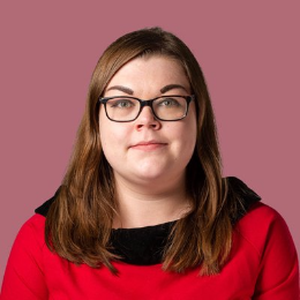 I am a freelance journalist with years of experience working as a writer and editor for national publications.

Most recently, I worked as deputy news and lifestyle editor at Jam Press, regularly writing for the Daily Mail, Mirror, Sun, Metro, New York Post and a range of women's magazines. Previously, I was assistant lifestyle editor at Metro.co.uk for three years.

I have also worked at the Press Association and started out as a reporter in my native Northern Ireland, working at the Belfast Telegraph. 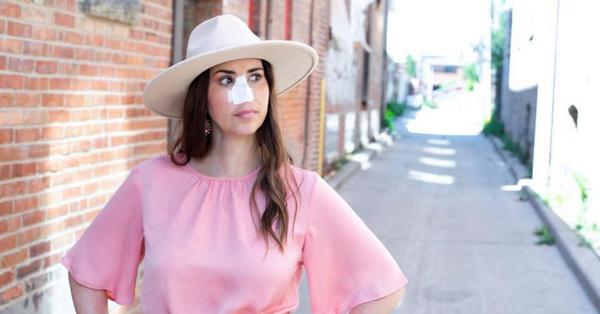 A woman who was in agonising pain each time she washed her face was shocked to discover she actually had a tumour that led to the removal of her nose. Trish Hawley, 42, from Huntsville, Canada, first noticed an issue in the summer of 2019 when she felt an occasional pain in her right nostril. But in the months that followed, the discomfort steadily grew until she was left in unbearable pain. Doctors believed her symptoms were due to an infection and tried to treat it, only to later realise it 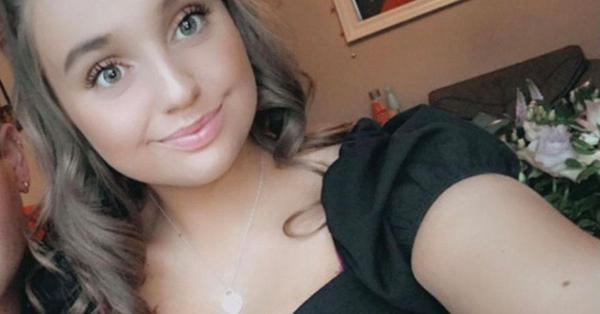 Woman, 20, nearly died after 'winter cold' turned out to be deadly sepsis

A woman who thought she had a winter cold was left fighting for life after it turned out to be sepsis. Teaching student Jemma Butler, 20, was on a placement at a primary school when she started to feel a little under the weather. She assumed it was a viral infection but within a week she was unable to get out of bed and was shaking uncontrollably. Jemma went to the hospital multiple times before she was told she was suffering from sepsis - a life-threatening reaction to an infection. She sai

Woman saves £18,000 in a year after setting up a tracker on her spending

A teacher has revealed how she managed to save £18,000 in just one year – after taking control of her finances and tracking her expenses. Simran Kullar, 25, from London, an online English teacher, started tracking her expenses and realised budgeting would help her finally build up some savings and eventually purchase a house. Simran said she had always left her money to sit in her current account or a cash ISA – but realised her money was actually losing value due to inflation. After reading 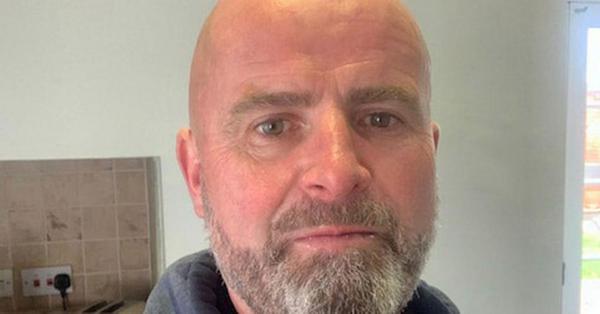 A man who was fined for having three friends in his garden for one hour on his birthday last year is appealing for his money back after fresh news surrounding alleged Downing Street parties. On March 19, 2021, Kieron McArdle, 50, from Coleshill, Warwickshire, invited two friends to sit with him outside in his garden on his birthday. After spending the second Covid lockdown alone, he had been struggling with loneliness, which was severely impacting his mental health. After authorities caught w 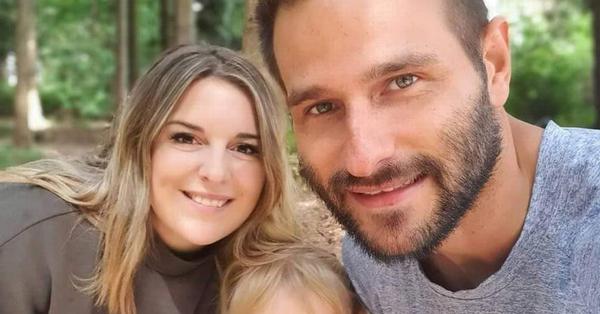 A dad who paid off a £5,000 loan in 10 months on a wage of £23,000 says he wants to help other people become debt-free. Brian Mitchell, 32, from Cheltenham, Gloucestershire, had struggled with money for years and at the end of 2019, he realised he needed to make some drastic changes. After growing up in South Africa, he moved to the UK aged 14 with his family. With a poor exchange rate, the money they had saved didn’t go far and while he says he never went without the essentials, things were t 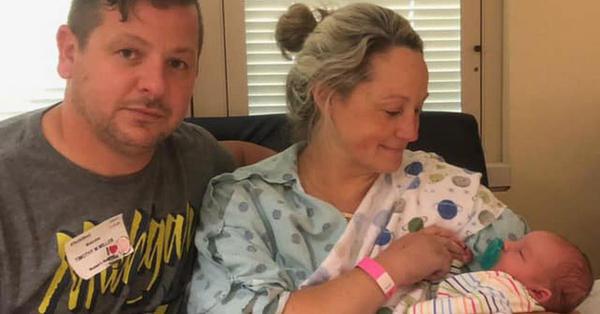 A mum has shared the emotional moment she met her week-old baby for the first time after her amniotic fluid leaked into her bloodstream and caused an "explosion in her chest". Jamie Miller from Illinois suffered an amniotic fluid embolism, which is a very rare birth complication that can be fatal for both mum and baby. Miraculously both Jamie and little Michael survived. His survival means a lot for Jamie and her husband Tim, 38, as it comes three-and-a-half years after they lost their six-yea 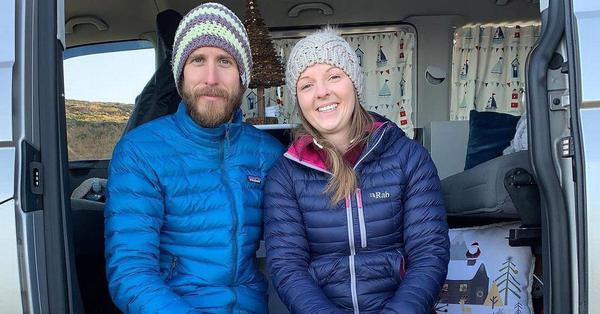 A couple whose favourite thing to do is escape in their camper van have said the festive season is no exception, and revealed how to cook a Christmas dinner outdoors. For many of us the day revolves around what food is eaten, and for Hayley Smith, 33 and partner Joe Hartley, 40, have come up with an ingenious way to ensure everything is still on the menu - including the pigs in blankets and Yorkshire puddings. They are planning on spending Christmas sleeping in their van and last year, they ma 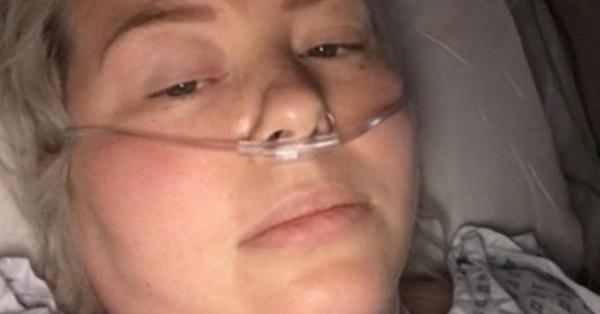 A new mum turned 'grey' and nearly went into a coma after some of the placenta was left in her womb after she gave birth. Natalie Morgan, 38 developed sepsis shortly after welcoming her daughter in the world. Just days after the worth, Natalie began to hallucinate and had 'grey skin' as a result of the placenta not being properly removed. She was given two routine injections to rid her body of the placenta within hours of giving birth to Robin in August 2020. However, the business manager, f 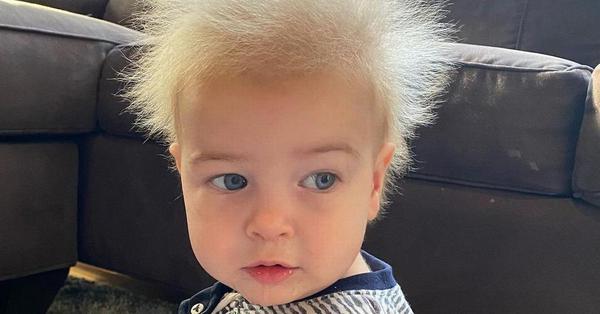 A mum is teaching her son to love his unruly locks as he grows up with a rare condition giving him "uncombable hair." Katelyn Samples, 33, from Atlanta in Georgia, is mum to 14-month-old Locklan, believed to be one of only 100 people in the world with his condition. Katelyn, who has another son Shephard, two, realised her youngest child's hair was going to be tough to tame when it first started growing in at five months old. “It was coming in straight up and so soft and fuzzy,” Katelyn said. 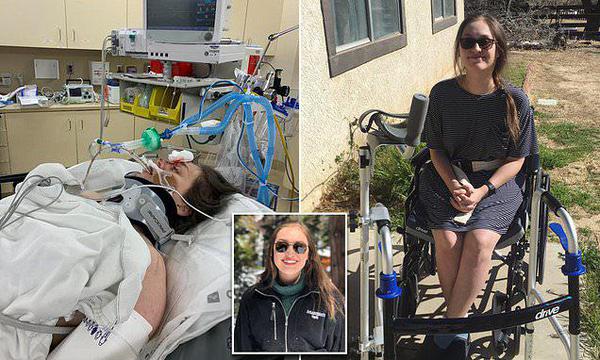 A California woman has revealed how she developed a strong New Zealand accent after a car accident left her in a coma for two weeks - despite having never even been there. Summer Diaz, 24, from Los Angeles, was hit by an SUV while crossing the street on November 25 last year, which caused her to develop foreign accent syndrome, a rare condition in which damage to the brain makes someone speak differently. 'I don't remember anything about that day. I came home from my job working with children
Load More
Close ✕